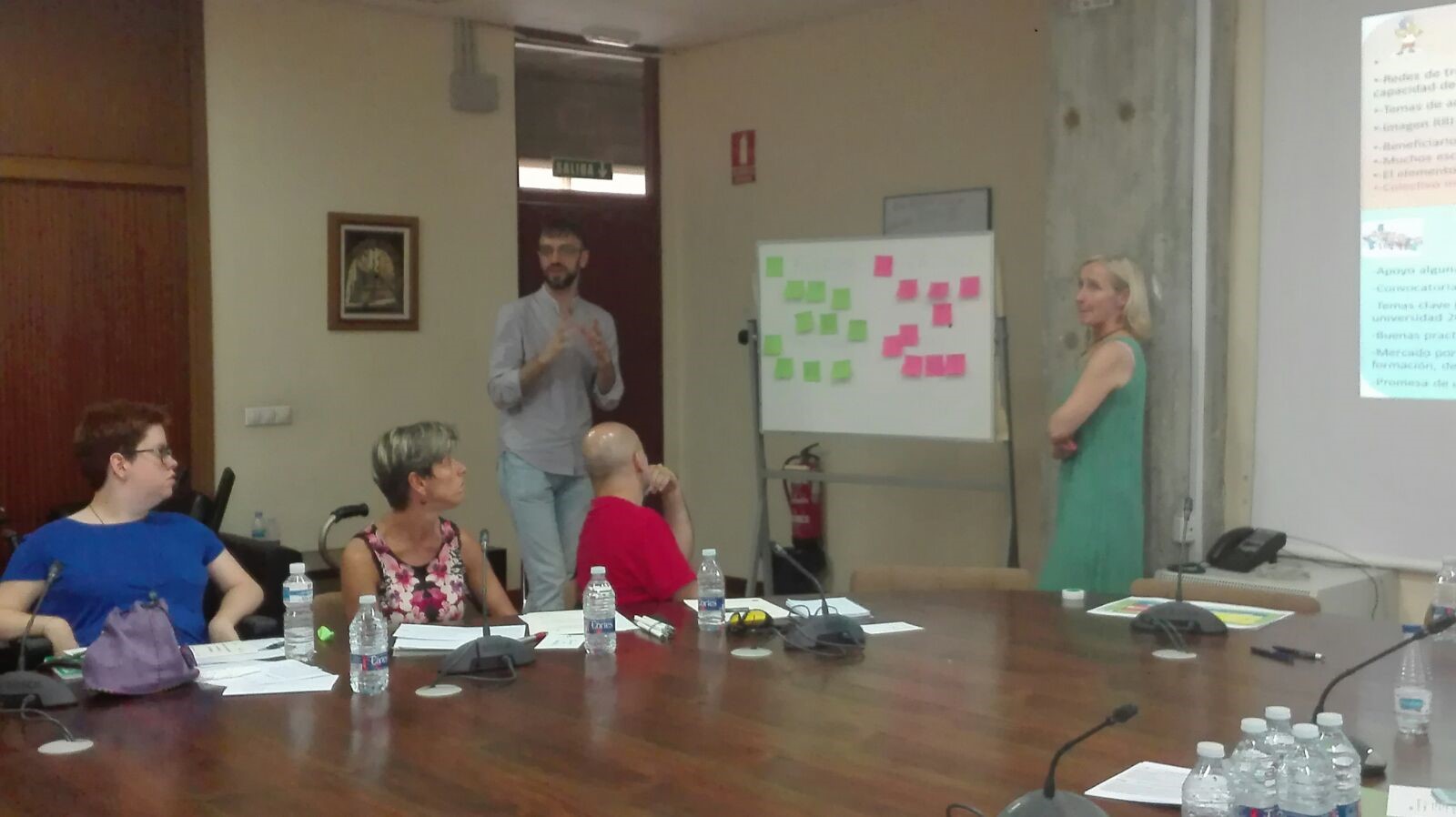 On 19 June, Spanish Competence Cell (CC) members in cooperation with colleagues from the Universidad Complutense de Madrid (UCM) organised an Outreach Workshop (OW) in the Faculty of Communication Sciences.

The Outreach Workshop is a final event after a series of transition experiments that have been performed in Spain to validate the FoTRRIS methodology to implement the Co-RRI approach. The aim of the event was to review the experiences of these transition experiements with comments from external experts on what has been done by the FoTRRIS project at local level and to enhance the Co-RRIness of the (local and national) R&I system.

The organising team (from UCM) worked with two local challenges: Refugees and Women and Disability. The agenda was structured in four blocks of activity: 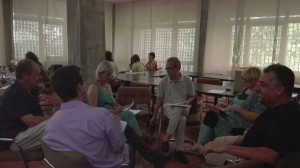 UCM transition experiments got the participation of stakeholders from different parts of society and a multiplier effect has been generated for each stakeholder. The review has shown that the FoTRRIS methodology is effective in building a RRI project concept. As a side effect, these experiments have contributed to create a multidisciplinary work network on the topics that have been addressed. Also, the FoTRRIS web-based participatory platform, has been used and integrated in the work process, to support the co-creation and dissemination of results among stakeholders. This has been useful to support the preparation and organisation of the workshops as well as for recording and structuring the ideas that have appeared during these.

4 helix workteams were carefully designed to be representative of the quadruple helix approach. During the second and third parts, participatory tools and techniques were used (“stand up and go”, creative couples, funnel of ideas) to foster the creativity and innovation within the teams. Team leaders reflected on the groups’ ideas and on the impacts and scenarios, using activity models, drawings, writings and adding post-its to the canvases provided for the exercise.

The participants  of the outreach workshop (excluding CC members that are all from university) belong to different fields of expertise, including civil society members, particularly from NGOs (AFADIS[1], Autismo España[2], Foro de Vida Independiente y Divertad[3]), but also citizens that could be potential “project beneficiaries”, such as disabled women. Also, experts and students from research institutes (such as CSIC, ICEI) and universities (UNIR, UCM) participated. Finally, a video artist and film producer joined the workshop. The total number of participants was 17 persons.

The workshop helped us to gather external perspectives on what has been done during the transition experiments and transform some of the working ideas into activity models.  Some project concepts were developed, which can be the basis for further work and collaboration. For instance, the creation of an open-access online platform for a network of competence cells to facilitate the development of future co-RRI projects. Other example was the project working on support figures for independent living or, in the case of refugees, as prime goal to effectively adapt media narratives and structures according to refugees’ reality. 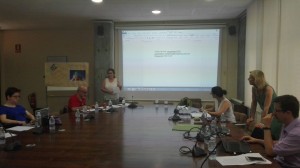 During the discussion at the conclusions some of the results of transition WS were questioned, such as the lack of future funding and the unbalanced representation of certain stakeholders (for example, policy makers, which questions their real interest on RRI and societal values in general), as leverages and barriers could be detected.  At local level, this has helped to create a network of representatives from different stakeholders, which can continue working together in the definition and implementation of new projects.

Finally, participants appreciated the previous work of the Competence Cell in these fields of study and innovation, as well as its role as an enhancer of interactive participation and as a collector of diverse perspectives among different stakeholders.